A camel who wants to see the world. 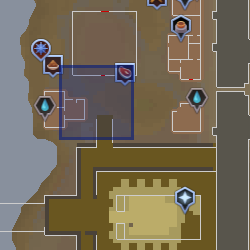 Neferti the Camel is a camel found in Sophanem. When spoken to while wearing a camulet, Neferti asks the player to take her travelling with them, as her master is suffering from the plague and unable to leave Sophanem. The player declines as Neferti is too big to fit in the player's backpack.

Retrieved from "https://runescape.fandom.com/wiki/Neferti_the_Camel?oldid=24562515"
Community content is available under CC-BY-SA unless otherwise noted.