Allows you to convert your bonus XP into various rewards. 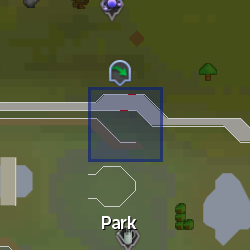 Nic the trader is the owner of Nic's Store and is located in Port Sarim, south of Betty's Magic Emporium. Similar to his brother Vic the trader, Nic trades credits for bonus experience which can be spent at his store to purchase prismatic lamps or stars, skill outfit pieces, and rewards which were previously on Treasure Hunter.

Retrieved from "https://runescape.fandom.com/wiki/Nic_the_trader?oldid=24566086"
Community content is available under CC-BY-SA unless otherwise noted.