Make sure you have combat equipment from this point. If you die, you will be returned to Death's office and will have to leave and re-enter to resume progress with the quest.

If you die, your gravestone spawns outside Death's Hourglass. 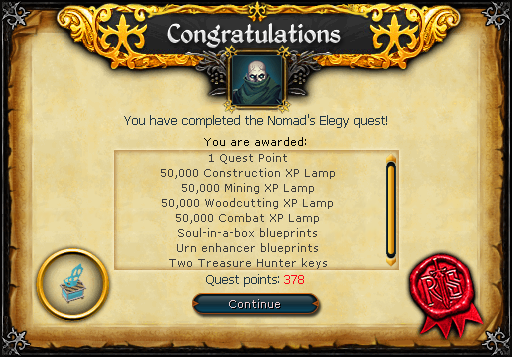 Retrieved from "https://runescape.fandom.com/wiki/Nomad%27s_Elegy/Quick_guide?oldid=23040287"
Community content is available under CC-BY-SA unless otherwise noted.