She's quite a looker! 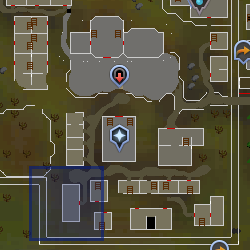 Nurse Sarah is a woman in West Ardougne in the large building south-west of the church.

You must get a doctor's gown from the box at the north end of the building during the Biohazard quest. She is actually wearing a Doctor's gown instead of a typical nurse uniform.

During Plague's End, she is one of West Ardougne's citizens who take part in the uprising that removes the mourners from power.

Retrieved from "https://runescape.fandom.com/wiki/Nurse_Sarah?oldid=24562643"
Community content is available under CC-BY-SA unless otherwise noted.