View source
watch 02:53
GTA: The Criminal Enterprises - The Loop
Do you like this video?
Play Sound
RSCOSWP
This article is about the monster. For the race, see ogre (race).
Kandarin(Level 67)Combat Camp(56)God Wars Dungeon(86)
? (edit) 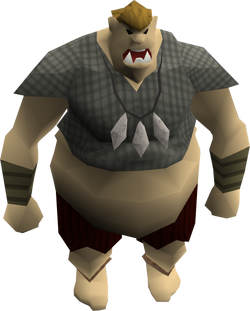 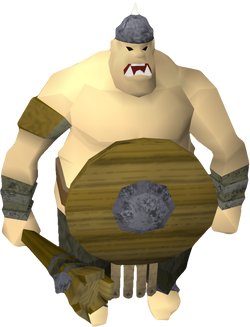 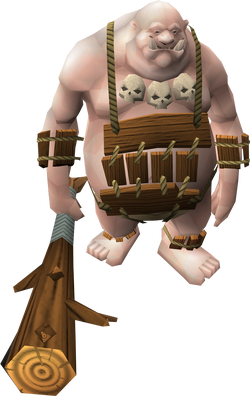 An Ogre is a monster found in several locations, most notably the ogre city of Gu'Tanoth. The caged level 56 ogres at the Combat Training Camp near Ardougne (which can be entered after finishing the Biohazard quest) are unique in that they are for ranged training only and often are visited for such by players, although they can be meleed by using a halberd. The cage can be entered through a loose railing at the side. Ogres can deal a fair amount of damage for their level, but in contrast, they have very low defence. Ogres have a slow attack speed and take up two squares.

For the Castle Wars/Yanille ogresses, a dwarf multicannon may be used.

On 17 March 2009, the graphics of ogres were updated to match those of Ogresses.

The charm drop rates vary between areas, and ogres only drop charms in certain places. Ogres at the training camp do not drop charms. Ogres at kandarin are really undervalued as they drop charms fairly often and are good to train combat on. The best place to train is the wall in between castle wars and yanille.