Start a Wiki
OS
This article is about the bard in Rellekka. For the navigator in the northern Fremennik Province, see Olaf Hradson.
Loading...
NormalChristmastime 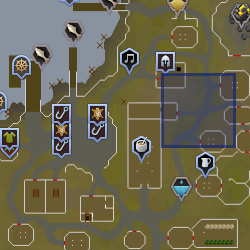 Olaf the Bard is a travelling bard, member of the Fremennik Council of Elders, and can be found roaming just to the east of the Rellekka Longhall Bar. His vote is required for the completion of The Fremennik Trials. The player is required to make a Lyre from the branch of a Swaying tree and string it using Golden fleece. The bard then tells the player to play in the Rellekka Longhall Bar. After doing so, he will pledge his vote and teach the player how to turn the lyre into an Enchanted lyre.

Olaf was part of the 2010 Christmas event. If you had completed The Fremennik Trials, he mentioned that "The Wolf" had been terrorising Rellekka, and that it killed one of his family members.

Retrieved from "https://runescape.fandom.com/wiki/Olaf_the_Bard?oldid=24562709"
Community content is available under CC-BY-SA unless otherwise noted.