RuneScape Wiki
Register
Don't have an account?
Sign In
Advertisement
in: Quest NPCs, Non-player characters, Darkness of Hallowvale,
and 3 more

View source
watch 02:17
New Pokemon Games - The Loop
Do you like this video?
Play Sound
OS
This article is about the man at Meiyerditch. For other uses, see Old man (disambiguation).

A flea-infested, pale-looking excuse for a man 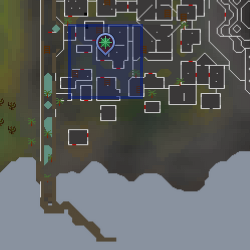 Ral can be tricky to locate for the first time during Darkness of Hallowvale. He resides in a building down an alleyway north-west of the wall where you land the boat to access Meiyerditch along with a few other citizens. He carries a staff, wears a brown hat, and wears brown clothes. His location is also marked by a green star on the mini-map.

Ral is also the taskmaster for the elite Morytania task set, giving out the Morytania legs 4 and explanations. The fastest way to go to him is from Burgh de Rott by using the boat at the coast south of Burgh de Rott on top of the boundary wall. Walk to the first area with floorboards and climb down into the gap between the walls.