He probably spends hours on his coiffure. 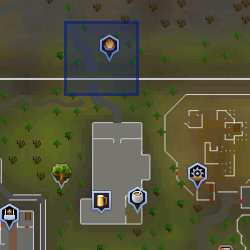 Orry is a Beacon Keeper in the All Fired Up minigame. In order to make him watch over your fire while doing the minigame, you need to complete the Family Crest quest to help Johnathon, the mage in the Jolly Boar Inn.

Retrieved from "https://runescape.fandom.com/wiki/Orry?oldid=25381623"
Community content is available under CC-BY-SA unless otherwise noted.