Start a Wiki
For the living person, see Paul Gower.

Gower Quest, Back to the Freezer 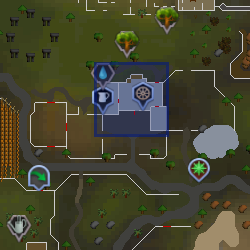 Paul is a cabbagemancer who lives at the Gower farm with his brothers Ian and Andrew at the beginning of the Gower Quest. After the quest they manage the Life altar.

Paul and the other Gower brothers have a small cameo in Back to the Freezer.

Players doing Treasure Trails clues are sometimes directed to him with the anagram 'A Pure Glow'.

Retrieved from "https://runescape.fandom.com/wiki/Paul?oldid=24923661"
Community content is available under CC-BY-SA unless otherwise noted.