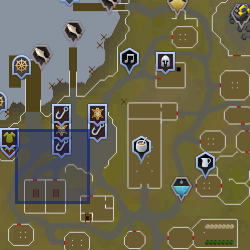 Peer the Seer is a member of the Fremennik Council with precognitive abilities, found south of the Rellekka market. He votes for the player to be allowed to join the Fremennik Tribe during the Fremennik Trials quest, if they can pass his test. After the quest, he will also tell the player their future, mainly on what skill to train that day.

Retrieved from "https://runescape.fandom.com/wiki/Peer_the_Seer?oldid=24922909"
Community content is available under CC-BY-SA unless otherwise noted.