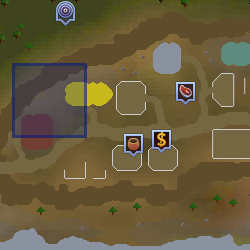 Peter is a platypus who appears in the As a First Resort quest. The player must catch him, using a box trap, in order to relocate him to the east of the village of Oo'glog.

On being released, he will reward the player either with a casket or an oyster. Peter is a member of a family of four platypodes, which also includes Patrick, Penelope, and Peanut.

Retrieved from "https://runescape.fandom.com/wiki/Peter_(platypus)?oldid=24563298"
Community content is available under CC-BY-SA unless otherwise noted.