View source
This article is about the professor. For other uses, see Henry. 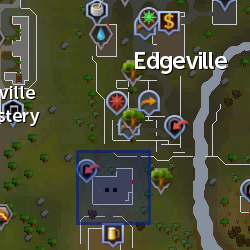 Professor Henry is a non-player character found in the Misthalin Training Centre of Excellence.

In the past, players had to speak to him to gain a test paper. Left-clicking on the test paper, answering the multiple-choice questions and handing back the papers completed the miniquest. Professor Henry then rewarded the players with two antique lamps (which each give 500 experience in any skill). Passing the test also allowed players access to the Stronghold of Player Safety dungeon, and gave a new emote called "Safety first".

Nowadays, both antique lamps and the emote can be collected from the same vault as the safety gloves beneath the jail beside the Training Centre.