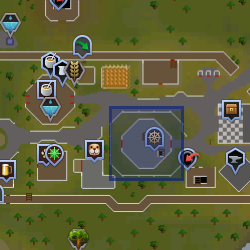 Professor Imblewyn is a gnome wizard found in the Magic Guild. When talking to him, he tells you that gnomes are interested in everything. He can be a hard order in Gnome Restaurant.

If you have completed A Tail of Two Cats, afterwards the professor says: "We have a saying, 'curiosity killed the cat'. But cats aren't clever enough to understand what they find. Gnomes are." Your character will reply: "Hey! Some of my best friends are cats."

Retrieved from "https://runescape.fandom.com/wiki/Professor_Imblewyn?oldid=24563091"
Community content is available under CC-BY-SA unless otherwise noted.