Downstairs in the Seers' Village Courthouse

I object to him! 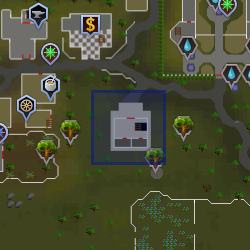 The prosecutor is a character who appears in the courtroom in Seers' Village Courthouse during the King's Ransom quest and any court cases where the player chooses to defend.

During King's Ransom, the prosecutor will argue that Anna Sinclair murdered her father, Lord Sinclair. The player must refute his evidence in order to successfully obtain a Not Guilty verdict.

In the Court Cases Distraction and Diversion, the player will face the prosecutor during any cases where they chooses to defend. The prosecutor will first argue his case to the Jury, after which the player argues theirs. The player may speak to the prosecutor at any time to hear his arguments again or to get a short summary of them.

Retrieved from "https://runescape.fandom.com/wiki/Prosecutor?oldid=24563921"
Community content is available under CC-BY-SA unless otherwise noted.