She'll play the lute for a beer. 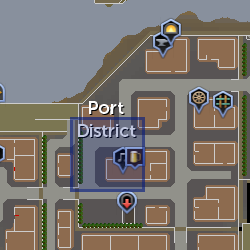 Pub musician is a musician in The Golden Scarab Inn in the Port district of Menaphos. Like other musicians, players can listen to her to restore run energy at a faster rate than by regular resting.

These four music track lyrics are sung by Mod Wolf.[1]

Retrieved from "https://runescape.fandom.com/wiki/Pub_musician?oldid=24565864"
Community content is available under CC-BY-SA unless otherwise noted.