He's selling his bread on the market here. 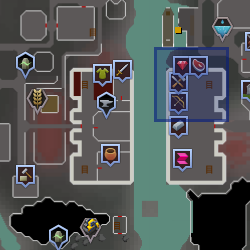 Randivor is the owner of Keldagrim's Best Bread, a stall operated in Keldagrim's eastern marketplace. He can also assign minitasks.

When Keldagrim was hidden from the surface, it was unable to acquire basic crops such as wheat. Since it opened its doors to humans, however, imported grain has allowed the dwarves to create a variety of dishes.

Retrieved from "https://runescape.fandom.com/wiki/Randivor?oldid=24926120"
Community content is available under CC-BY-SA unless otherwise noted.