In Aid of the Myreque
River of Blood 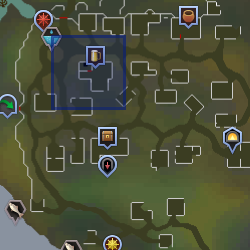 Razvan is a poor citizen of Burgh de Rott. He can usually be found near the pub.

When asked what he does there, he says he helps keep the town clear of rat infestation and that he hunts rats for sustenance. Despite this, he seems content with his job, probably due to the fact that rats are the main source of food in Burgh de Rott, so he gets more food than the other villagers.

He disappears after The Branches of Darkmeyer the day after Sorin goes missing. A missing person poster for him can be found on the northernwall of the Burgh De Rott pub, which reads "Missing: Razvan - rat population growing."

He is later found and rescued during River of Blood in the Refinery under Castle Drakan.

Retrieved from "https://runescape.fandom.com/wiki/Razvan?oldid=24920816"
Community content is available under CC-BY-SA unless otherwise noted.