Reeso seems to be covered in sand. 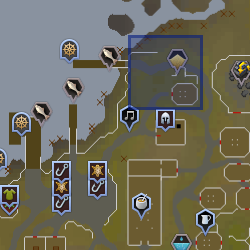 Reeso stands near the sandpit in north-eastern Rellekka. He walks back and forth. He seems to be responsible for it, as his clothes appear to have sand on them.

He used to be the only Fremennik after The Fremennik Trials that still calls you by your player name instead of the Fremennik name - this was changed with the 28 April 2009 patch notes.

Retrieved from "https://runescape.fandom.com/wiki/Reeso?oldid=24563390"
Community content is available under CC-BY-SA unless otherwise noted.