View source
OSWP
This article is about the monsters. For information on fighting revenants, see Revenant hunting guide (F2P) (P2P).

Revenants, also called the Holy Ones, are the ghostly versions of creatures slain in the God Wars, and used to be amongst the most dangerous type of monsters in RuneScape. The word revenant comes from a French word meaning "returned". Before 1 February 2011, Revenants could be found patrolling freely around various parts of the Wilderness, but are now found only in the Forinthry Dungeon, which is a PvP zone. Slaying at least one of every type of revenant is a requirement for one of the elite Wilderness achievements.

As revenants are classified as ghosts, they count towards ghost Slayer assignments. Some may also double for other tasks, depending on the revenant in question. A salve amulet and its enchanted version also work against them. 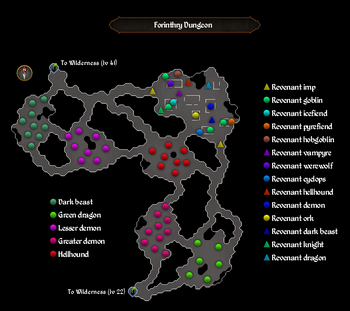 Revenants use all three types of the combat triangle.

When attacking, revenants will exploit the weakness of their target. For example, if a player weak to magic attacks, they will use magic attacks. If such weaknesses cannot be exploited (such as wearing hybrid armour), the revenant will simply attack with ranged. They will also take notice of any overhead protection prayers being used; if a player is weak to magic attacks but has Protect from Magic or Deflect Magic activated, they will use melee attacks, as the player is already strong to ranged attacks. They will continue attacking with melee until the overhead prayer is deactivated, at which point they will resume attacking with magic.

Revenants are also capable of short teleportation around obstacles (e.g walls) provided that they managed to attack their target once before doing so.

For example, revenants have the ability to deal damage with all three forms of combat. A skilled player killer would only use two styles, or hybrid, and they do this exceptionally well while revenants fall short in actual tactics. Revenants on the other hand, are easy to predict and counter. Their drops are also inconsistent with their power; although some revenants can drop powerful items, such as rune and dragon equipment, they do so rarely, often giving a small number of coins or nothing at all. Revenants do not fight each other, as player killers could, nor do they fight with other creatures in the Wilderness. Furthermore, whereas a player killer possesses human intelligence and can be reasoned with or otherwise placated, revenants are relentlessly aggressive and will not stop attacking until they are killed or fled from, or until they spot or are attacked by a different target.

To balance this out, revenants are limited in a number of ways. Revenants also do not have access to special attacks, cannot summon familiars, and cannot drain stats. As revenants are controlled by AI, it is possible to "trick" them by trapping them behind a wall or another obstruction. Additionally, revenants cannot run as players can, so it is arguably easier to escape from a revenant, despite the longer range of their attacks.

There were a number of mechanics regarding their movement:

The drop rate of revenant items is calculated as follows:[1]

During the Second Age, the Wilderness was the heart of the kingdom of the Empty Lord, Zaros. At the time, the land was prosperous and wooded, protected from his enemies by enormous military strength. However, when he was overthrown by Zamorak, the God Wars began.

The God Wars that raged across Gielinor for 4,000 years were the world's darkest hours. The races of countless civilisations were forced into extinction, and entire regions were left uninhabitable by battle. No area suffered so greatly as the Wilderness.

With Zaros removed from power, the world's other races and religious factions launched massive assaults not only on each other, but on the leaderless legions of Zaros. By the end of the God Wars, the Wilderness had suffered from so much conflict that it was permanently scarred, its former beauty forgotten.

Many of those that died in the Wars are trapped eternally in the Wilderness, due to their souls being twisted by the evil magic and corruption that surrounds it. For a very long time, over 2,000 years later, these creatures, known now as the revenants, continued to hunt for those that enter their kingdom, doing whatever they can in their power to stop them.

They were said to have guided the head mystic to a portal leading to the Primordial realm so that the mystics could construct bodies for them.

As of the late Fifth Age, the Wilderness was "reclaimed" by humans. The revenants, alongside various monsters native to the area, were forced underground into a dungeon complex. While they are significantly weakened (less numbers and losing their ability to teleblock players), they are still not to be underestimated.

The different types of revenants are listed below: 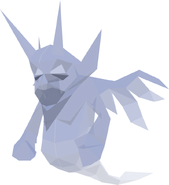 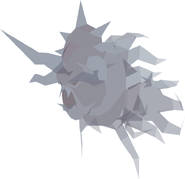