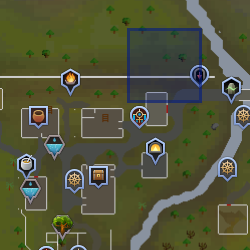 Richard is a cape merchant who sells team capes. He is located in northern Edgeville, right near the Wilderness wall. He sells team capes that have the last digit of 6. The capes he sells are among the most popular and are the cheapest on the Grand Exchange, mostly due to the ease at which they may be purchased. As with all team cape sellers, a player can buy a team cape from him for 50 coins.

Retrieved from "https://runescape.fandom.com/wiki/Richard_(cape_merchant)?oldid=24562963"
Community content is available under CC-BY-SA unless otherwise noted.