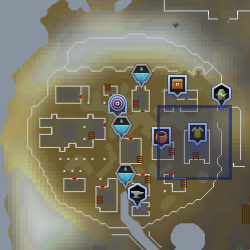 There appears to be a Mourner top hanging from a wall in her house.

As part of the updates on 7 February 2012 players who have completed the elite tasks of the Fremennik Province Tasks can trade suqah hides and suqah teeth with her for 9 noted pure essence each. A player may only trade a total of 28 hides or teeth a day with Rimae.

Retrieved from "https://runescape.fandom.com/wiki/Rimae_Sirsalis?oldid=24562474"
Community content is available under CC-BY-SA unless otherwise noted.