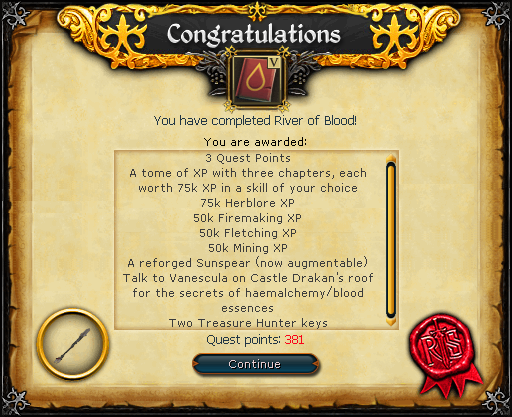 Completing the quest between 25 April and 8 May 2016 awarded an additional chapter in the XP tome worth 75,000 experience.

Retrieved from "https://runescape.fandom.com/wiki/River_of_Blood/Quick_guide?oldid=23319158"
Community content is available under CC-BY-SA unless otherwise noted.