For the following part, you must weigh under 28 kg. With your diving apparatus, fishbowl helmet, and ghostspeak amulet, travel to Dragontooth Island via the Ghost captain at the row boat in Port Phasmatys (he is at the south-eastern end of the docks).

Back to prison & quest completion 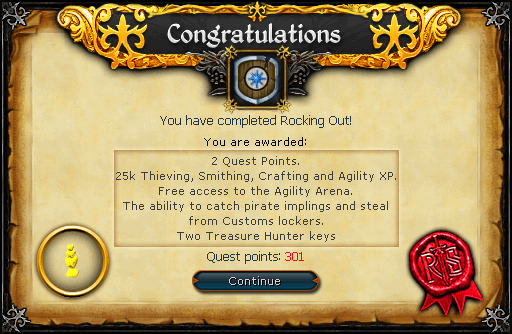 Retrieved from "https://runescape.fandom.com/wiki/Rocking_Out/Quick_guide?oldid=23130199"
Community content is available under CC-BY-SA unless otherwise noted.