She deals in supplies to facilitate ship travel. 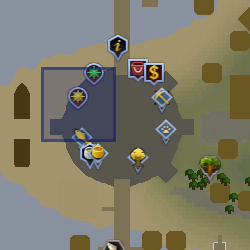 Rosie (supplies) is a merchant located on the island of Waiko from whom the player may buy supplies. Supplies are used to explore the Uncharted Isles; costing 25 chimes each. This can be reduced 5 times (−3 chimes each) to a low of 10 chimes each by purchasing the Supplies Cost Reduction reward from Boni at the Waiko Reward Shop.

Rosie will supply the player with 5 free supplies daily, her supply box storing up to a maximum of 50 supplies, claimed by clicking on the crate next to Rosie's merchant stand. If collecting the free supplies would put the player past their current supplies cap, the additional supplies will be lost. Attempting to collect the daily supplies while at the maximum number of supplies yields the message: You already have the maximum of [X] supplies. The initial supplies cap of 200 can be increased four times (+200 supplies each) to 1000 by purchasing a Supplies Cap Increase from the Waiko Reward Shop.

Rosie also plays a role in the Tales of the Arc miniquests: Head of the Family, and Jed Hunter. During Head of the Family, she is contacted to help gather information regarding whether or not it is possible to move the Aminishi moai over to Waiko without it dying. During Jed Hunter, she supplies the player with buoyancy materials after they give her the required supplies. 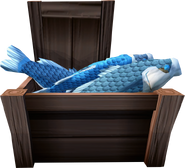 Rosie's box of free supplies, found near her market stall. 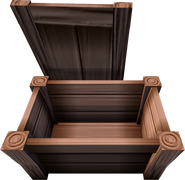 After taking the free supplies from the box.
Click an image to enlarge
Retrieved from "https://runescape.fandom.com/wiki/Rosie_(supplies)?oldid=24565602"
Community content is available under CC-BY-SA unless otherwise noted.