Description: The colourful plants of the fairy kingdom.
Reason: Basically the same thing, but with Anti-Aliasing. 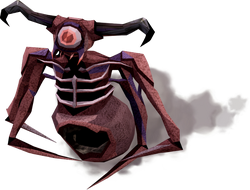 Reason: The current image has fake particles. The original particles are as in this image (obtained using anti-eraser on the original image) and as you can see the particles in the current image are over the arm in the front. This can never be the real in-game particles, and we are showing much more particles than the CE actually has in-game. This is actually a violation of RS:IMP#Fan art, and I don't think we should have this. I think we should show the real particles like they are in-game, which is this. (if trans should be corrected somewhere just ask me)

Look, the particle trans I did is the real amount of particles in-game. Could you be a bit more detailed on what you'd like to see in the particles, because if we would be editing the image again we could as well keep this one. JOEYTJE50TALK pull my finger 10:46, April 26, 2011 (UTC)

I know, nevertheless it looks a bit... jpg-y around the edges.

More specifically, the sides of the proposed version need to fade into 100% transparency. Currenty, some of the lines (especially on the bottom right) are way to distinct.--Joel amos Talk Contribs 20:39, April 26, 2011 (UTC)

Correction: I took people's comments at face value (since it was their opinions), but that was under the assumption that the current image is valid. I never actually saw the elemental in-game, and thus operated under the assumption that the opposers did and that Joey just missed the larger cloud. When it has been brought to my attention that the current featured image is actually altered, this means that it is both a violation of the image policy and that the opposers' arguments on the grounds of the replacement being fake are in effect void. As such,

Since this was a replacement fimg, I was assuming that an oppose meant keeping the obsolete image. On the other hand, cook explained to me that opposes meant delist in this case. Anyways, my point was that the current version should not be kept under any circumstance. Oh, and, I support the replacement per above. bad_fetustalk 20:41, June 21, 2011 (UTC)

Description: Maggie and Wendy in their camp to the north of the Wizard's Tower


Reason: The old version is outdated and not actually used in any articles. The new version looks much better :D.

They be brewin' goulash. 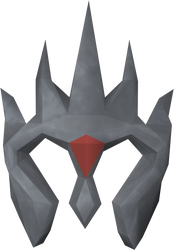 Reason: The current image has enhanced colors, which makes it unrealistic. Same as with RuneScape:Featured images/File:Tormented Demon.PNG(replace), and my image is also bigger (more detailed)

Btw, as I said in previous delist noms, I support delisting more, but because I thought that wouldn't happen anyway I started this replacement nom. JOEYTJE50TALK pull my finger 09:25, August 2, 2011 (UTC)

Reason: Bigger, no players. Also, it has this epic feel to it. A huge space and the Stone in the middle, lighting up the entire room. 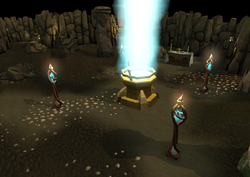 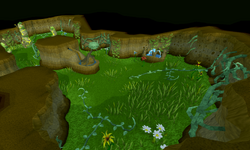 Description: A forge of dragonkin origin used to smith Dragon Weapons.
Reason: The new one is straighter, it seems to glow more and it's more ominous looking.

Proposed replacement.
Description: The mystic training site for mages.
Reason: The original version is outdated and doesn't have AA.

Description: The statues of six fallen warriors in Falador Park.
Comment: The image is now obsolete.

No, the rest is not the same. The grass textures has been updated to make it look more realistic. Now it looks like someone actually put thought into the texture instead of just simply associating grass with the colour green and making it bright green. And could you please elaborate on how the lighting is "horrible"? There might be some slight shadows that don't take away from the image in any way, shape, or form, but I think the updated lighting casts a soft orange-y glow onto the landscape, and, as with the grass, looks more realistic as a reasult.

- Too bad the sun changed position, I liked the shadows. But the texture/lighting update together with the tree in the background have made the image obsolete.

The ground texture looks rather odd when thumb'd, as does the lighting. It just looks less... serene.

Oppose - If we're updating this, might as well have it with the newer water as well. --

@Nightgunner1, @Daniel Lang -- DirectX water detail causes a lighting glitch on the edges of the pond.

Err... until then, it's still better.

It's updated tommorow. The nomination will end in 6 days. It will be obsolete by then.

We don't even know Taverley will be updated. Some druids in the media pictures don't prove that.

[1] It's the witch's house and the POH portal. As soon as this nomination ends, a new one is going to have to be made..

Likely a new house portal or a random purple portal I guess. This is not Burthorpe or Taverley. O_o So many NPCs and strange signs and a FARM?! And the other images contain water. I'm lost. What kind of update is this?

It won't be in the meantime though, by the nomination ends it will already be obsolete!

Still, I oppose having the new version featured. Either this, or nothing. This is more serene and doesn't have the feeling the circle was just stuffed between two busy places.

{{closure|It's obsolete. A new nomination for a replacement will begin after this is ended.}}

No, he recoloured all of his images. I've checked once with unerase tool in GIMP (where you put back the colors that were there before it was turned into a transparent pixel), and they're all clearly shopped. JOEYTJE50TALK pull my finger 09:53, March 30, 2012 (UTC)

Ah, then delist, because the new angle is good, but just not so good as the previous one.

The whole point of a closure request is the fact that the discussion is ended. Grrmbl.

I'm going to run an RfA just to be able to close discussions. >.>

[[File:Mithril dragon (Replacement).png|250px|right|Replacement|thumb]] Reason: The current version is artificially coloured, and therfore not representive of what it looks like in the actual game.

[[File:Godfather's army new.png|250x250px|right|thumb|New]] Reason: Previous image was very tiny, this new one is pretty much the same but almost twice as big :).

Replacement: Click here.
Reason: A lot bigger, you can see more of the room and Senliten isn't randomly staring at her body (having a conversation instead). It's also a bit outdated, because the statue of Het is not the statue of Icthlarin and Het is next to Scabaras.

Leela is not the subject of the image. It is still better and retaking it just for the sake of a few pixels looking different would just be a waste of time. The tomb is the subject and it is still the same.

It would still be obsolete. The subject is irrelevant in that case. User:Urbancowgurl777/Signature 14:21, September 28, 2012 (UTC)

The image will be replaced with an updated version so that Leela isn't obsolete. The angle and everything else will remain the same. To the opposer: The angle of the proposed image and current image are exactly the same... User:Urbancowgurl777/Signature 17:58, October 5, 2012 (UTC)

Delist - We have better images of Zanaris... Your version is definitely better, of course.

Support - If we do have better images of Zanaris, then let those run for FIMG replacement. I think this image looks good, and unless you've got a better pic to replace this one with, I think it's best to have this one as FIMG. JOEYTJE50TALK pull my finger 09:40, October 22, 2012 (UTC)

This image will be replaced.

Retrieved from "https://runescape.fandom.com/wiki/RuneScape:Featured_images/archive-replacement2?oldid=6510488"
Community content is available under CC-BY-SA unless otherwise noted.