Note to nominators (READ THIS BEFORE NOMINATING)

Description: When Easter Come, the rabbit come out.
Reason:Quite a good angle, the way he clooking is also quite nice, it would also give the easter feeling all year round, it quite i happy images
Expiry: Decision time!

I couldn't resist after people said how he looked scary.

Description: Locked in battle with Count Draynor.
Reason: The lighting is brilliant and the image can be used as exemplry use of the orb of oculus. the image also appeals to the lower level end of the spectrum of players who visit the runescape wiki.
Expiry: Decision time!

Description: The only Windmill that is powered by a talking cow.
Reason: Great angle and colours.
Expiry: Decision time! 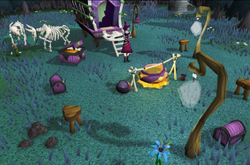 Description: A lonely Witch ponders about her Halloween magic.
Reason: It's a nice angle and the colors are pretty good.
Expiry: Decision time!

I've just been there on a free world. Could take my OoO next time... ;) 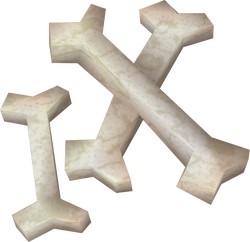 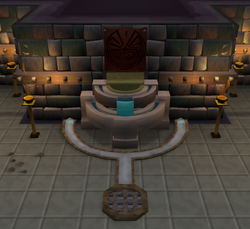 Description: An unactivated altar with a strange symbol, where the Homunculus summons awkward creatures.
Reason: It has good lighting. Not too dark, not too bright. It's also perfectly centered and pretty symmetric (except for the dirt to the left). You can see the strange things on the altar. And it's 4xAA. Click to enlarge.
Expiry: Decision time!

Retrieved from "https://runescape.fandom.com/wiki/RuneScape:Featured_images?oldid=2502957"
Community content is available under CC-BY-SA unless otherwise noted.