Oppose - The page is rich with duo-specific information, that wouldn't otherwise be used in a normal kill. It would also be confusing to add things such as clearing bleeds in a duo, barricade switching, 4taa, adren stalling (which people only do for duo voragos, generally), etc in an already massive page. Also there is a reason we have ''Main article: Vorago/Duo on a lot of subheaders. See Waiko for example. 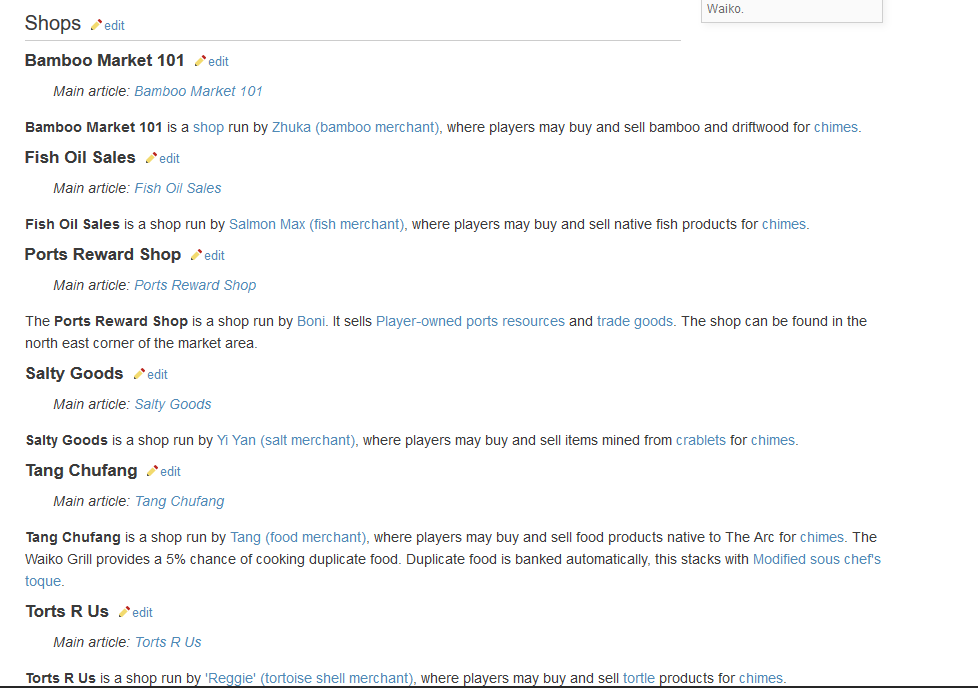 Support - Does Vorago really need another strategy page? The existing strategy page is arguably one of the best of its kind on the wiki and explains the fight pretty well for beginner and intermediate players. Do we have any boss that has more than one (two, including hard mode) strategy pages on the wiki? It seems to me that people experienced enough to be interested in duo Vorago are not the type to seek such information on the wiki anyway. Is there even audience for this kind of extremely specific scenario? If we want to have this, do we have a separate page for, say, solo Kalphite king?

There are also problems with the duo strategy page such as formatting errors, slang, and overall poorly written prose. You just moved that out of your personal page into the mainspace. If that page was to stay, it would need to be improved. I'm open to discussion but for now I remain sceptical. 5-x Talk 15:32, December 9, 2017 (UTC)

Comment It is common to create a page in the user space before moving it into the main space if the page is incomplete for some time. My original intentions were to move it into the mainspace. The only thing different about solo kalphite king is having to use a stun to skip the mechanic. You can list that in a single header and move on. Duo vorago is a completely different fight. I've already explained my reasoning to you. If there is slang, feel free to change it. That doesn't warrant an {{RfD}}}. As for the formatting issues, I'm sure of it. User:KelseW and I have spent quite a bit of time together trying to put tables and things where we wanted them to go. This isn't an extremely specific scenario. Powercreep has come a long way and now duo vorago is hardly a challenge for the people that do it regularly. There is nothing wrong with someone, who has a ton of experience doing these kills myself, with sharing the knowledge I have gained over 2000 kills and expressing it on the wiki, for people who might not know that stepping forward 1 square after taking a bleed can help tremendously, or how to properly dps the bring him down mechanic. It seems to me that people experienced enough to be interested in duo Vorago are not the type to seek such information on the wiki anyway. Players use the wiki all the time, and the wiki has never had super high level content because there was no one there to write it, or was not deemed important enough. Duo AoD has been done, but is more of a feat than a regular thing. Duo vorago is becoming a regular thing, and for the players willing to try it, there will be this in depth guide for them if they choose to read it. User:Manhattan2/signature 15:47, December 9, 2017 (UTC)
Comment - If we wanted to start judging whether to keep our pvm strategy pages based on how well-written they are (not to mention years worth of outdated/inaccurate info, something this duo page doesn't have a problem with but many of our other pages do) we'd have to delete like 75% of them cx --Shockstorm (talk) 20:03, December 10, 2017 (UTC)
Let's just delete every page with a very low target audience then... Haidro (talk) 09:55, December 11, 2017 (UTC)

Soft oppose - I think the strategies necessary for duo Vorago are different to regular Vorago, hence why a subpage is useful. It could be merged with the already made Vorago/Strategies page, however I feel it'd make the page too long and there's no real harm of having a separate page for it. However, I do agree that the page should be written properly, and made to the standard of other wiki pages before entering the mainspace. --User:KelseW/Signature 16:15, December 9, 2017 (UTC)

Oppose - The current lack of high-level PvM (and other) information in certain areas is because there is hardly anybody writing it. I think writing these guides and contributing otherwise to helping people reach such levels should be encouraged instead of discouraged. Just because there is a lack of them doesn't mean that it should be kept that way; pioneers exist for a reason.

I do want to see more of detailed guides that highly knowledgeable people write emerge, as they often contain many pieces of niche information or strategies that otherwise could be missed, but could also be applied in other situations - not to mention that I prefer reading a guide instead of watching one.

I agree that the page should be polished, but that's another matter to solve. In my opinion there's no harm in presenting the information in its currently best form, as long as it's valuable and usable. It could have a tag that it's still a work in progress, but I don't know how necessary that would be in the end. It could also be a sub-article, in Vorago/Strategies/Duo or similar, but I'm neutral on that. Hazelmere0 (talk) 23:03, December 9, 2017 (UTC)

Merge with Vorago Strategies - it is a strategy page. streamline it a little and add it as a subsection to the rest of the Vorago/Strategies stuff. --Deltaslug (talk) 19:46, December 10, 2017 (UTC)

Oppose - I don't do high level bossing - yet - but I can't imagine duo takes the same strategy as say 8-man. I think this deserves at the least a merge, but I would like to see a subpage.

Oppose - just because information for experienced pvmers is something we're not great at right now, doesn't mean we should give up trying to improve our coverage of that content. Being in need of clean up doesn't mean the page should be deleted either; its one of the criteria for not deleting a page.

Oppose - However, as the main strategies page lacks common things like recommended equipment and inventory, it's a bit hard to tell what would apply to both at a glance. User:Cqm/Signature

Retrieved from "https://runescape.fandom.com/wiki/RuneScape:Requests_for_deletion/Vorago/Duo?oldid=20828906"
Community content is available under CC-BY-SA unless otherwise noted.