RuneScape 2, released on 29 March 2004, introduced a more powerful game engine, three-dimensional graphics, a new combat system, improved sound including the addition of music, and many other new features. It received a graphical overhaul on 1 July 2008, with RuneScape HD, and replaced on 22 July 2013, with the release of RuneScape 3.

Jagex first announced the upcoming release of a "much faster 3D engine" on 11 June 2002[1]. Over time, Jagex released graphical previews as well as progress reports and other information about the many future changes.

The project was first referred to as "RuneScape 2" in an news post dated on 1 October 2003[2] (it was previously known as the "big 3D update" or the "new game engine"). It was also revealed that the beta would become available on 1 December.

Jagex originally did not want to create a Hallowe'en event for 2003, because they feared it would delay the planned release date of the beta. In one of their polls, they asked players if they would want a new Hallowe'en event but also delay the release of RuneScape 2 beta, or keep it on schedule and have a "pancake day" in February instead. 78% of voters wanted a 2003 Hallowe'en event.[3] However, RuneScape 2 was still released on schedule, because the developers came in early and on weekends to do extra work.[4].

The new combat system was explained in detail in a 24 November newspost[5], exactly one week prior to the public Betas launch.

As announced earlier, all members had access to the first phase of the RS2 public beta, which launched December 1 2003. Players characters and stats were copied over from the live game, but their items and quest history were not. This was deliberate, as Jagex wanted players to test all of their content. Initially, only the Free-to-play area was available with new areas and quests released gradually over the beta period. The Lumbridge Teleport spell was also deliberately broken so that it could be cast without runes even at level 1 Magic. This allowed players to escape to a safe area in the event they found themselves trapped by a glitch.

The second phase of beta began on 3 March 2004. Players again had their characters copied over from the live game (including items and quest status this time). The Lumbridge Teleport spell also had its level requirement and rune cost reinstated.

On 17 March, the final phase began. Characters were once again copied over from the live game. For this stage of testing, free players were given access to beta as well as members.

RuneScape 2 was launched on 29 March 2004[6]. Players' stats and quest history were copied over to RS2, which became known only as RuneScape to reflect its status as the main game, one last time. Several RuneScape 1 servers were also left online, and it was officially named "RuneScape Classic". Players who wished to continue playing RuneScape Classic were given an option to move their items back. Several weeks later, it became an option to move their items back to the main game in case players changed their minds. Afterwards, they became completely independent of each other (aside from sharing login information and the friends list).

The final piece of content to be converted from Classic, the Underground Pass quest, was added to RS2 on 15 April 2004[7].

RuneScape 2 dramatically impacted the gameplay experience. Some of the changes and additions include:

An early preview of an RS2 monster 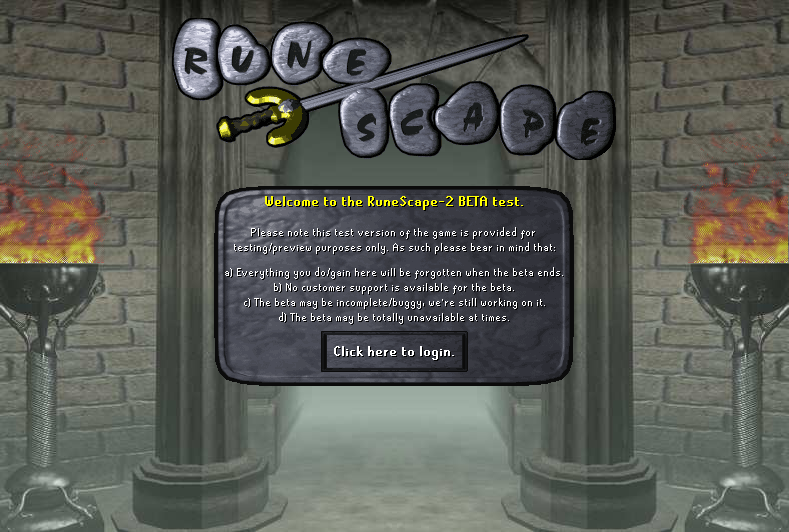 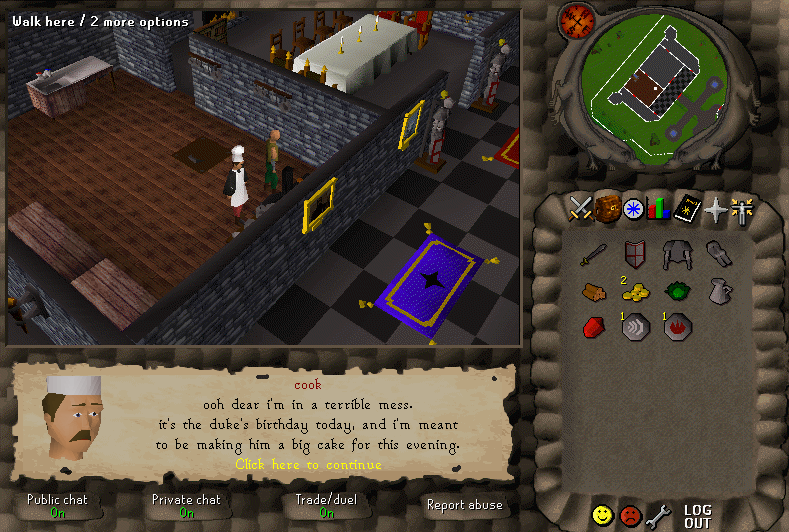 The beta's start of the Cook's Assistant quest 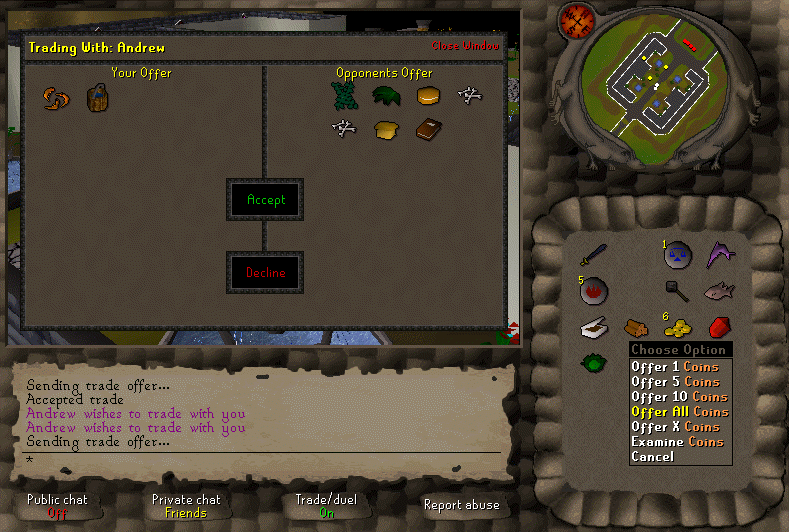 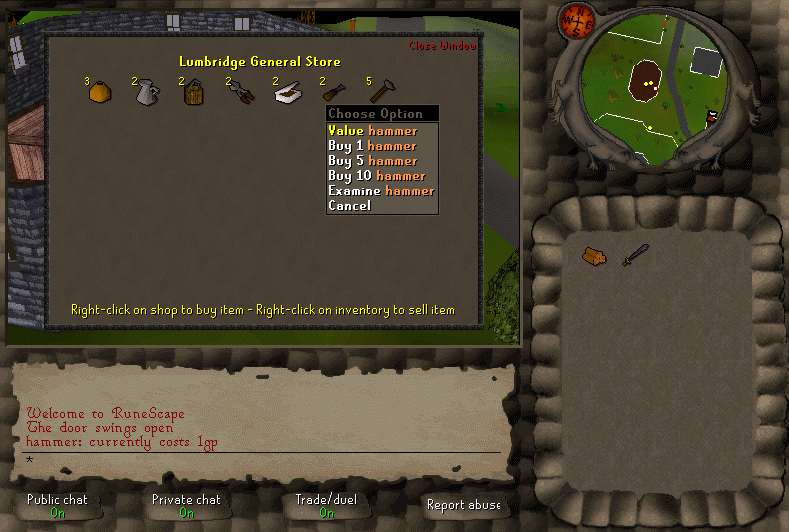