RuneScape Duel Cards is a type of real-life card game released by Jagex on 2 April 2009. The cards feature the ten most powerful beasts of RuneScape.

The stat values on the Duel Cards do not represent the stats of the monsters in-game, however they slightly mimic the powers that the monsters would possess in-game. The stats present in the cards are Attack, Ranged, Magic, Agility and "RuneScape Power" (a measure of how notorious the creature is).

The cards are shuffled together and half of them are dealt to the player and the other half to the opponent. The dealer plays first.

The card with the highest value wins the duel. The owner of that card takes the losing card from their opponent and moves both cards to the back of their deck. That winning player then reads another value from their next card. RuneScape Duels continues until one player wins all of the cards. 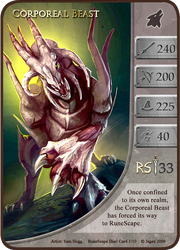 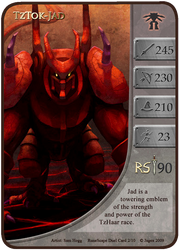 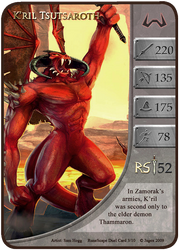 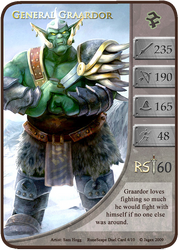 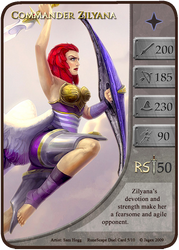 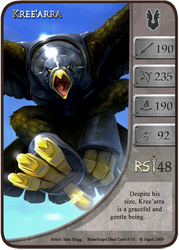 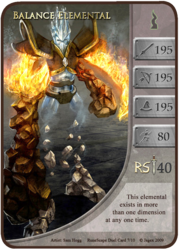 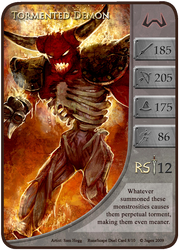 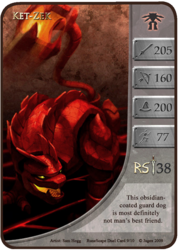 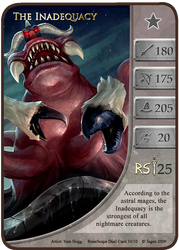 Strangely, although the Corporeal Beast was, when these were released, the strongest monster in RuneScape it is not the top in any categories.

Retrieved from "https://runescape.fandom.com/wiki/RuneScape_Duel_Cards?oldid=10588731"
Community content is available under CC-BY-SA unless otherwise noted.