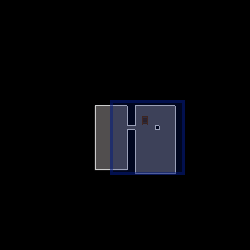 Saint Elspeth, previously known as Elspeth of the Cithara was a legendary musician during the God Wars. She is featured in the lore The Song From Before The War. The quest, One Piercing Note, takes place in a Saradominist abbey built where Elspeth's bones were found. The Abbey of Saint Elspeth Citharede is occupied by an order of nuns dedicated to her.

Elspeth was a human serving under Sergeant Mazakon, an icyene commander of Saradomin. Elspeth was a singer and musician who played stirring songs with her cithara for the troops of Saradomin, and to inspire others to join his cause - a practice the High Command of Saradomin used to get new recruits, with Sergeant Mazakon claiming she was part icyene in order to explain her abilities. She used these skills in many places, such as the village led by Elder Tasgall.

She was assailed and eventually killed by the Ripper, a horrific assassin-demon of Zamorak, which was sent to kill important units in the Saradomin ranks. However, her song about an icyene and his love from before the war was enough to kill the Ripper, and save the village and its inhabitants. Her brave defiance and holy music moved the Saradomin High Command to recognise her as a Saint following her death. Later an abbey was founded to store the instrument and remember the works of the musician.

During One Piercing Note, the tale of Saint Elspeth is used to conjure up fear of the Ripper to allow the antagonist to brutally murder a series of people.

The Spirit of Saint Elspeth can be seen near the Reliquary in the abbey basement after the completion of the quest One Piercing Note and will give you the Holy cithara if you meet certain requirements. When spoken to, her voice sounds raspy and hoarse.

She has a small version of the Saradomin emblem, coloured the same bluish hue as her, floating above her head, and she seems to pray at the Reliquary.

Retrieved from "https://runescape.fandom.com/wiki/Saint_Elspeth?oldid=24927553"
Community content is available under CC-BY-SA unless otherwise noted.