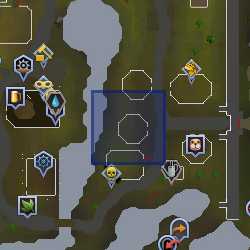 Sanfew is the leader of the Druids in Taverley who is found in the building just southwest of the summoning instructor in Taverley. He plays a part in a couple of quests such as Druidic Ritual, Eadgar's Ruse and One Small Favour. He is the namesake of the Sanfew serum. Goutweed can be traded to him for random herbs on a 1:1 ratio.

Nederlands
Community content is available under CC-BY-SA unless otherwise noted.
... more about "Sanfew"
RDF feed
Is members only
No +
Store location
Taverley +
Advertisement