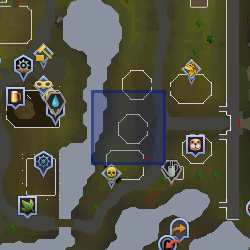 Sanfew is the leader of the Druids in Taverley who is found in the building just southwest of the summoning instructor in Taverley. He plays a part in a couple of quests such as Druidic Ritual, Eadgar's Ruse and One Small Favour. He will take Goutweed in exchange for other herbs, selected at random. He is the namesake of the Sanfew serum.

Retrieved from "https://runescape.fandom.com/wiki/Sanfew?oldid=19057821"
Community content is available under CC-BY-SA unless otherwise noted.