A resident of Ashdale. 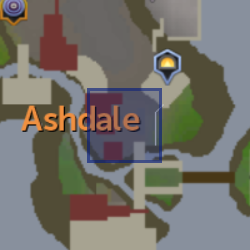 Sarah is a citizen of Ashdale. Sarah is a boisterous, irreverent and slightly tomboyish young woman. She first appears during the tutorial, and warns the player that she heard noises in the church.

Retrieved from "https://runescape.fandom.com/wiki/Sarah_(Ashdale)?oldid=24565029"
Community content is available under CC-BY-SA unless otherwise noted.