RuneScape Wiki
Register
Don't have an account?
Sign In
Advertisement
in: Non-player characters, Tuai Leit's Own, Tuai Leit,
and 3 more

An expert on the ocean and its many inhabitants. 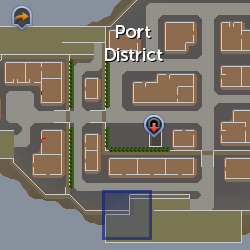 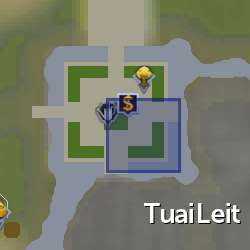 Sensei Hakase is a siren found on Tuai Leit in The Arc at the south-east corner of the square just south of the bank. She is a tutor to aspiring seasingers, including Navigator Jemi. She holds mystical and homeopathic medicines in contempt.

After Ekahi is afflicted with a curse, the crew of the Sarim's Revenge consult her on possible cures. She suggests a mixture of rumberry elixir to see if the curse is physical, and when that fails, suggests spiritual or mental causes.

She awards the "Salty" title when the player has completed all activities in the Arc Journal and has bought all permanent unlocks from the Waiko and Ports Reward Shops.

She also appears in the Port district in Menaphos on the southern dock, south-west of the player-owned ports portal. She arrived as part of a group from the Eastern Lands who are now stuck on the docks. She can assign city quests.