Keeping an eye on Darkmeyer. 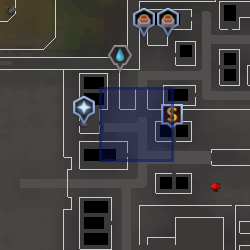 Once a player has made it to the upper tier, they can have two conversations with her in order to gain status. During these conversations she will ask their opinion on Lord Drakan and Vanstrom, and how they choose to answer will give differing amounts of status.

After the quest, the player will ask her of any news. She will then tell the player that Vanstrom is dead and how Drakan is angry with Ranis' death and the fact that the vyre that catches the killer will get a vat of blood.

Retrieved from "https://runescape.fandom.com/wiki/Sentinel_Noctantine?oldid=24564555"
Community content is available under CC-BY-SA unless otherwise noted.