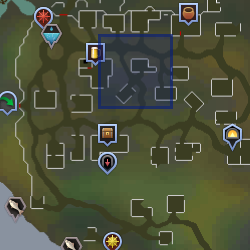 Sergiu is a resident of Burgh de Rott, a small town in southern Morytania.

He disappears after The Branches of Darkmeyer the day after Valeria goes missing, causing Amelia to note that Sergiu has now disappeared too. A missing person poster for him appears on the western wall of the building east of the Burgh De Rott pub, which reads "Missing: Sergiu - lost him, but found his missing shoe."

Retrieved from "https://runescape.fandom.com/wiki/Sergiu?oldid=24563592"
Community content is available under CC-BY-SA unless otherwise noted.