Shattered Worlds is a combat-oriented members-only minigame in which various monsters from worlds corrupted by the Abyss are fought in waves, with side objectives to complete. It's a solo minigame with safe death, with a recommendation of at least level 40 combat to participate. It is hosted by the Abyssal Knights in the south-west of the Lumbridge Swamp, who aim to protect Gielinor from potential invasions from the Abyss.

Upon visiting the minigame for the first time, speak to Kenton Decarte for a brief explanation about it as well as the purpose of the Abyssal Knights. A bank may be found next to him as well.

The entrance to Shattered Worlds is found in Lumbridge Swamp, next to the Water Altar. It can be accessed by:

The Shattered Worlds are entered alone, in aid of the Abyssal Knights. Upon entering the minigame the match can be set up by selecting the desired gear and food from presets in the match set up interface. Anyone may use the "equip me" and "feed me" options to be given appropriate equipment and food, or one may bring their own equipment and consumables. A choice is also given from 3 positive buffs with which to start the minigame.

The blue portal may then be entered to begin the minigame. Gameplay involves travelling through worlds: at least 75% of the enemies in a world must be defeated before one can move to the red portal to progress to the next world. Moving behind the red portal also blocks the pursuit of the remaining enemies, allowing the player to safely choose the next mutator.

The monsters have no weakness to any particular combat style and their combat levels increase as one progresses through worlds. Difficulty also increases as one fights in higher numbers of worlds by having increasing numbers of mutators applied, some of which may be dangerous. The monsters use a variety of combat styles, though each will only use one, and are abyssal versions of monsters found on RuneScape itself.

Progress is checkpointed (saved) every 5 worlds. Once a checkpoint is reached, one may leave the minigame with the progress being saved: the next time Shattered Worlds is played, the option to either continue from the checkpoint or claim the rewards from a previous encounter will be presented. Checkpoints will also have bank chests to allow restocking, and will heal one's health, but prayer points are not restored, nor is poison cured. The maximum possible number of worlds is 4,000; the developers expected, however, that around 150 worlds would be a difficult number for players to reach. After reaching 200 worlds, no extra rewards for completing additional worlds will be received.

There are weekly bronze, silver, and gold challenges which will be the same for everyone. The bronze ones are usually fairly easy to complete, whereas the gold challenges are substantially more difficult. They are accessed through the red portal. Some challenges however, involve achievements accomplished through normal gameplay (e.g. "clear five worlds above world 20" or "kill 50 demons") - these cannot be started using the red portal, but are tracked and completed during regular Shattered Worlds games.

When opting for the option "feed me" the player will receive food appropriate for their level.

When opting for the option "equip me" the player will receive equipment appropriate for their level. Players can also choose the combat style.

Players with a level between 1 and 9 in the noted skill will receive the following:

Players with a level between 10 and 19 in the noted skill will receive the following:

Players with a level between 20 and 29 in the noted skill will receive the following:

Players with a level between 30 and 39 in the noted skill will receive the following:

Players with a level between 40 and 49 in the noted skill will receive the following:

Players with a level between 50 and 59 in the noted skill will receive the following:

Players with level 60 or higher in the noted skill will receive the following:

Players may encounter a chest which can be activated. When activated a timer will start and monsters will spawn and the player can attempt to kill as many of the creatures as possible. When the timer is full, the player is awarded shattered anima based on how many creatures are killed.

Players may encounter a fountain surrounded by eight ghosts. If the fountain is activated a timer will start during which the player can attempt to kill as many of the ghosts as possible. When the timer is full, the player is awarded shattered anima based on how many are killed.

Ghosts count towards the goal of killing 75% of the monsters on the shattered world.

Sometimes a Goebie will be found, which when killed gives a chunk of shattered anima. The amount of anima from a Goebie kill caps at ~1.2 million.

The player should aim for clearing the world as fast as possible in order to skip worlds (1 world skip, within the set of 5 worlds, if cleared under 3 minutes; 2 worlds skip if cleared under 2 minutes). The chicken from "feed me" is usually sufficient. Any combat style is suitable, but AoE abilities such as Hurricane and Quake are preferred.

Enemies will have over 100 combat level and negative mutators will also hit harder. The player may consider switching from melee to magic or ranged, in order to reduce damage taken from negative mutators. The food from "feed me" should still be sufficient.

Directly engaging a group of enemies will be difficult, due to high incoming damage. Hit once with Corruption Blast or Corruption Shot (can be bought from GE with Mazcab ability codex) and run back to a safespot is a safer option. If possible, aim for a melee monster to cast corruption blast/shot, as the mob may retreat and and allow the attack to spread to more mobs.

Using weapons with 9 attack range such as Lv75 Mechanised chinchompas, Lv85 Wyvern crossbow, Lv87 Decimation, Lv90 Noxious Longbow, or Lv92 Seren godbow to snipe from a distance is highly recommended. Pay careful attention to the surroundings and the terrain of the environment to look for safe-spots - use the edges of the map or obstacles often helps. Use abilities for their effects like Rapid Fire and its guaranteed binding for 6 seconds, cooldown 20 seconds; Devotion and its guaranteed damage mitigation for 10-20 seconds, cooldown 60 seconds; the Lunar spell Disruption Shield for 1 free mistake/hit every 60 seconds. Read over the descriptions of all the mutators and know them inside out.

Bring 5 Achto armour pieces and a tier 90 defender, as well as equipment that increases hitchance (e.g. Reckless, Ancestor spirits, or accuracy auras). Take advantage of the Achto cooldown resets to heal with Rejuvenate when needed. The majority of the player's damage per second in these worlds will be from reflect and weapon poison damage, as the monsters' defences scale up incredibly high.

It is recommended to bring any variation of Prayer renewal such as Holy overload potion or Supreme overload salves for prayer restoration. Defensive items such as Superior leviathan ring and Blood amulets will help to increase survival. Tank armour will provide extra life points and PvM damage reduction, lowering the rate of being instantly killed by mobs.

Additionally, players seeking to push their worlds higher should contemplate the time it took them to clear the highest 5 worlds on their list and prioritise good connectivity, as any form of disconnect (even going into lobby) will kick them out of their current map, making them fail the checkpoint.

Although maps are randomly generated and can't be selected, this is the list of the easiest to hardest maps: Grass Plains > Snow Plains > Mazcab > Arc > Freneskae > Darkmeyer > Tarddiad. The wide open grass plains, few obstacles, and fences (which can be ranged over) to trap mobs make the Grass Plains map the easiest. The extremely dense trees and other obstacles (which can't be ranged over) in the Tarddiad map makes it the hardest.

Each week there are three challenges to complete. These can be attempted by entering the red challenger portal. There are three categories, according to their difficulty. Completing these weekly challenges rewards large amounts shattered anima. Some challenges involve killing a certain number of a certain type of monster or clearing a number of worlds above a certain threshold; these are to be completed through regular gameplay via the blue portal.

Challenges reset at 00:00 UTC every Wednesday.

Weekly challenges will always appear each week as one of the following groupings of Bronze, Silver, and Gold challenges:

Weekly challenges of a given name will always have the same objectives and mutators:

There are no further one-time bonuses in the worlds following world 200.

The reward currency for completing Shattered Worlds is shattered anima. Shattered anima is dropped when monsters are defeated and is automatically collected in the player's inventory. It is also awarded from reaching new highest worlds as seen above. 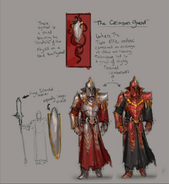 Retrieved from "https://runescape.fandom.com/wiki/Shattered_Worlds?oldid=23322934"
Community content is available under CC-BY-SA unless otherwise noted.