View source
watch 01:54
Arcane: League of Legends - The Loop
Do you like this video?
Play Sound
RSCOSWP
This article is about the sheep with white wool. For others uses, see Sheep (disambiguation).
Loading...
StandardShaggy

Sheep are mammals found throughout the game. Players can use shears on most sheep to gain a piece of wool, which they can make into a ball of wool. Sheep that can be sheared appear bulkier than the ones that have been recently sheared. Sheep will sometimes try to get away from players when they are attempting to shear it. There are also talking sheep in Zanaris.

In this quest, players must gather twenty black balls of wool for Fred the Farmer by shearing his Black sheep and spinning the black wool.

North-east of Lumbridge there is a sheep pen, and inside the pen there is a pair of penguins disguised as a sheep. They are an important part in the Cold War quest. The sheep is labelled "odd-looking sheep." If players attempt to shear this fake sheep, they will not get any wool and it will back away.

There are four groups of sick-looking sheep north of East Ardougne, which are said to have the plague. Players kill some of these in the Sheep Herder quest.

It later transpires that they are not sick at all, only dyed to make it appear that they were. The player must re-dye them in Mourning's End Part I.

The sheep near the master fairy ring in Zanaris can be talked to, and will offer to recite a poem it composed. Occasionally, it will recite the first stanza of the poem "Jabberwocky" by Lewis Carroll, and the nearby cow will say, "That's not even your poem, you idiotic, animated ball of wool!" and the sheep will respond, "How now foolish cow? Do you read poetry, instead of pulling a plough?" The sheep near the master fairy ring will also say "You give me a hair-cut and then expect me to talk to you? I think not!" when you attempt to talk to them after shearing them.

Sheep are said to be the favoured race of Guthix. In Issue 25 of the God Letters, he says: "I respect the sheep, for their purpose is essential, albeit secret. Some day the rest of you mortals might discover the true power of the sheep, innocent in appearance but essential in bearing, and realise why they shelter under my protection for the time being."[1] Sheep are unattackable, though the related rams are. In regards to sheep, Bob the Cat states that they were the first thing Guthix brought to Gielinor, followed by cats.

Traiborn in the Wizards' Tower mentions to "have a good time and watch out for sheep! They're more cunning than they look."

Players can temporarily be turned into a sheep if they wear items affiliated with Saradomin or Zamorak whilst entering the Guthix portal in Castle Wars.

The sheep engram is one of the twelve that are involved in the Memorial of Guthix Distraction and Diversion. 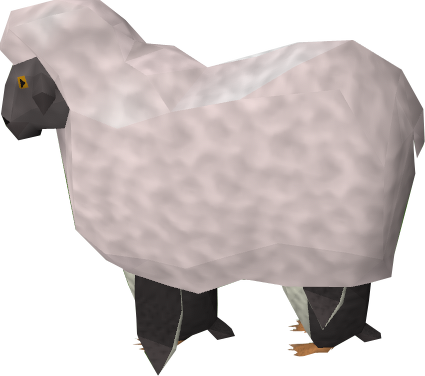 Two penguins disguising themselves as a sheep. 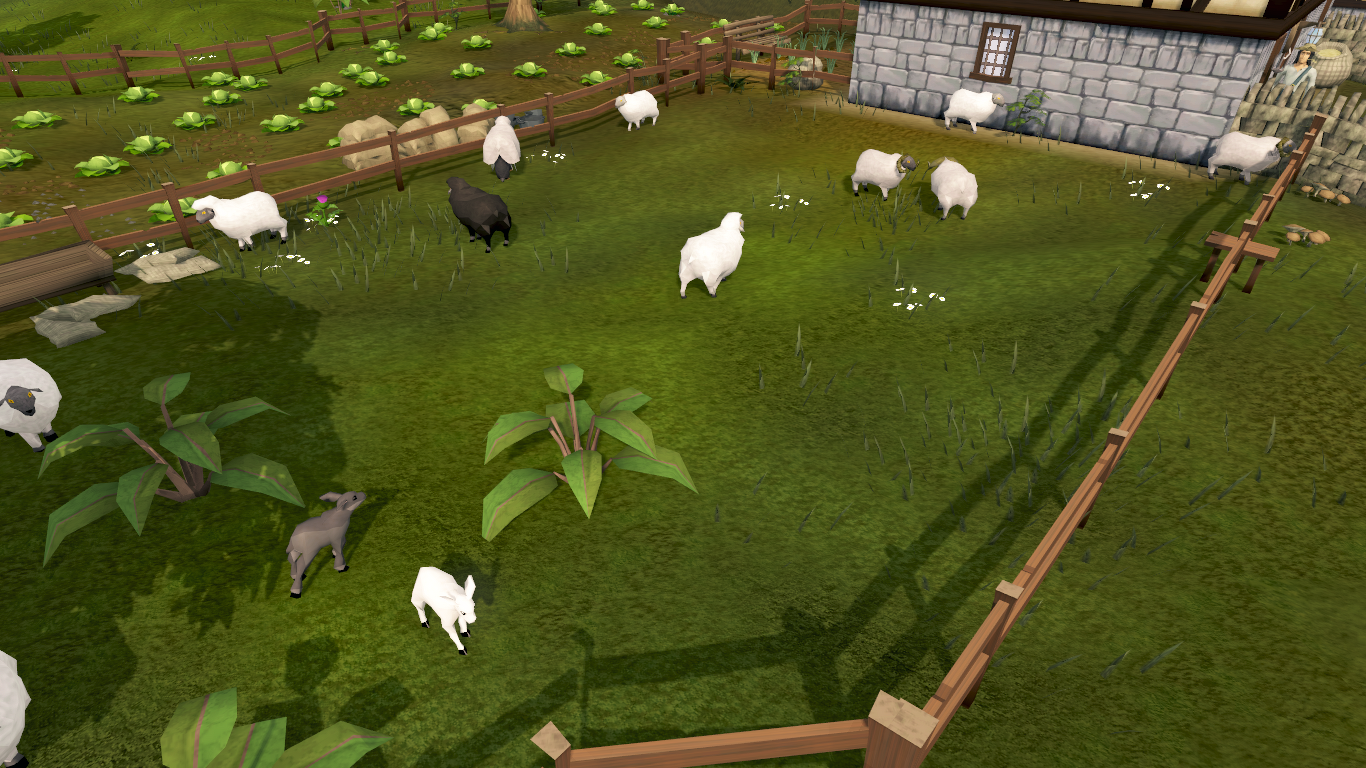 A player shearing a regular sheep.

Suomi
Community content is available under CC-BY-SA unless otherwise noted.
... more about "Sheep"
RDF feed
Is members only
No +
Store location
Varies +
Advertisement