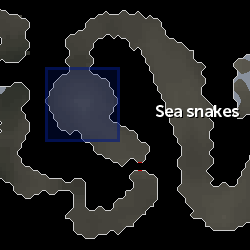 Signy is a Fremennik teenager trying to pass her trial of adulthood. To do this, she and her friends Reinn, Hild, Armod, and Beigarth took part in a plot to create a war between Miscellania and Etceteria, which they could then settle, cheating their way through their trials.

During her initial trials in Rellekka, Signy ran into many problems. According to Armod's diary, she got sick on Manni the Reveller whilst trying to beat him in a drinking contest, and nearly spilled molten iron on a number of adults whilst working the city's furnace. Her trials lasted nearly five years before her failures eventually led to her exile.

Signy can be found with her friends, trapped in the caves beneath the islands because of the Giant Sea Snakes that now infest the caves.

Retrieved from "https://runescape.fandom.com/wiki/Signy?oldid=24563469"
Community content is available under CC-BY-SA unless otherwise noted.