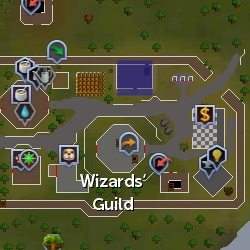 Human transformed into an Ogre

A sick, frail old man - transformed into an ogre.

Sithik Ints is a member of the Humans Against Monsters cult, currently residing in Yanille, and a potent necromancer.[1] Previously, he used to be an adventurer before devoting himself to studying magic, in particular necromancy, which is frowned upon by most of the wizards of RuneScape and even forbidden to practise in some areas.[2] He is featured in the Zogre Flesh Eaters quest, when he deprives the ogre populace of their ceremonial dance enclave, Jiggig, by necromantically animating their dead into zombified and skeletal ogres.[3]

Sithik travelled to Yanille in order to deal a blow to the ogres of Gu'Tanoth south of the city for H.A.M., staying in a guest lodge inside the city.[4] He tasked Brentle Vahn, a local frequenting the Dragon Inn, with the placement of a backpack containing a black prism that caused a massive explosion, cursing the entire area with a necromantic spell as well as killing Vahn. The spell successfully reanimated all of the interred ogres, who proceeded to attack their living kin, forcing the entire site of Jiggig to be barricaded. Meanwhile, Sithik became ill, remaining bed-ridden in Yanille.

The ogre shaman on site, Grish, enlisted an adventurer's help in order to reclaim Jiggig, and upon their investigation they discovered the ruined bag and the prism, as well as Vahn's corpse, his tankard from the Dragon Inn and a page describing the curse torn from Sithik's necromancy book. Following these leads, they consulted with Zavistic Rarve, grand secretary of the Wizards' Guild, and the landlord of the Dragon Inn. During an interrogation of Sithik, wherein he denied any involvement with the Jigging incident, they discovered Sithik's necromancy book with the missing page, as well as a book written by Johanhus Ulsbrecht, the leader of H.A.M. After the landlord identified Sithik as the last person seen talking to Vahn by means of a portrait sketched by the adventurer, Zavistic found the evidence sufficiently incriminating and gave the adventurer a potion to feed Sithik.

After discretely lacing the necromancer's tea with the potion, Sithik, upon drinking of it, was transformed into an ogre himself and subsequently confessed everything when threatened with the prospect of remaining in that form.[5] He revealed that the spell is permanent and Jiggig would have to be abandoned, but that the disease spread by the undead ogres could be remedied using Relicym's balm, brewed using herbs from Karamja. Additionally, he mentioned that the undead could be most effectively damaged using brutal arrows, as regular arrows are made to target living organs.

Armed with the information, the adventurer returned to Grish, who asked them to retrieve an artefact from the depths of Jiggig in order to consecrate their new ceremonial site. Zavistic then took over the case, planning a tribunal for Sithik once he would return to human form.[6]