You can retrieve it from Dawn's body in the Saradominist tomb, via the portal at the top of the Black Knights' Fortress.

Alas, poor Dulcin. I never knew you. (The Death of Chivalry) 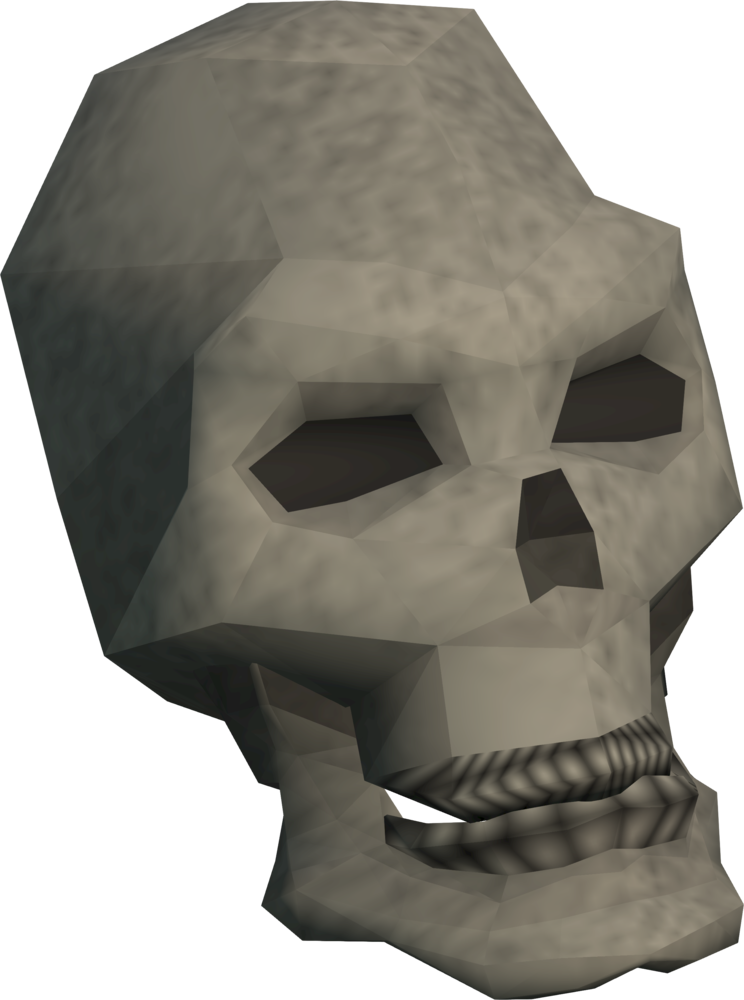 The Skull of Remembrance is the skull of Captain Dulcin and a reward from the Death of Chivalry quest. It is found when searching Dawn's corpse in the Tomb of the Fallen after the quest. The skull allows the player to replay the cutscenes and other parts of the quest, and also has a right-click teleport option, which teleports the player to the ritual chamber in the Black Knights fortress, conveniently close to a bank chest. You can't teleport when in the Wilderness. You can't teleport during combat.

Using the teleport option on the skull of remembrance is the fastest way to teleport to a bank on a Free-to-Play world.

Though high level players generally prefer the TokKul-Zo for quickly teleporting to a bank, the Skull has a few advantages over it. For one, the TokKul-Zo requires completion of The Elder Kiln, a Master difficulty quest with multiple skill requirements, whereas the Skull only requires the completion of The Death of Chivalry, a Novice difficulty quest with no skill requirements. The Fight Caves destination from the TokKul-Zo is close to a Fairy Ring that allows for additional quick teleporting. If the TokKul-Zo is lost then recovered or just becomes uncharged, it loses its ability to teleport entirely until recharged. By contrast, the Skull never loses that ability. High level players may still find the TokKul-Zo better overall, but low or mid level players could consider carrying it in their inventory for an easy banking solution.

After killing Dawn again (by using the skull on her) the player will unlock Captain Dulcin Black Knight captain's armour cosmetic override.

By gazing into the skull, the following cutscenes can be rewatched:

It can also be used on various items. The currently known items are:

Retrieved from "https://runescape.fandom.com/wiki/Skull_of_Remembrance?oldid=20285044"
Community content is available under CC-BY-SA unless otherwise noted.