Start a Wiki
This article is about the Hallowe'en event monster. For the Slayer monsters, see soul devourer.
GorillaFeline
? (edit)1880? (edit) 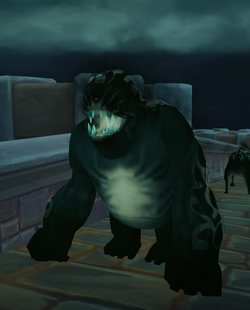 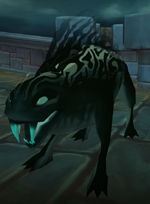 Soul Devourers are monsters encountered during the 2015 Hallowe'en event. There are two variants; the gorilla devourers must be killed via combat, while the big cats must killed through non-combat siphoning.

They may occasionally drop a Special soul on defeat. 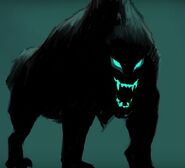 Concept art of the Gorilla version of the Soul Devourer

Retrieved from "https://runescape.fandom.com/wiki/Soul_Devourer?oldid=24615631"
Community content is available under CC-BY-SA unless otherwise noted.