It's a meat and potato stew with fancy seasoning. 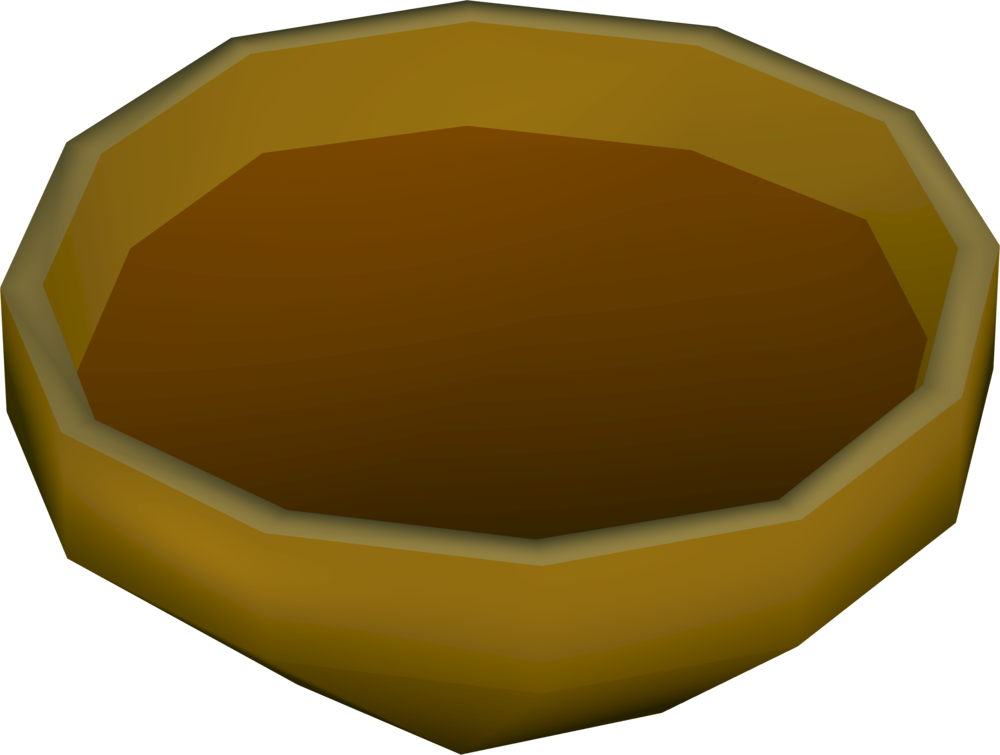 Spicy stews are stews with special coloured spices from Hell-Rats added to the stew. They are members' only and can temporarily increase or decrease a player's skill levels.

Spicy stews are available only to those who have completed the Freeing Evil Dave subquest in Recipe for Disaster.

Evil Dave's spicy stew, or 'EVIL STEW OF DOOM' as he calls it, requires all 4 colours of spice and can boost or decrease a wide number of skills which can be -5 to +5. Each of the four colours of spice affects its own specific set of skills, so players making spicy stew after the quest usually only use one colour of spice, to get a temporary boost in a particular skill. At one time ±6 boosts were possible, but after an unknown update (even prior to EOC) the boost of ±6 seems to have been eliminated.

How to make spicy stew

Another variant of spicy stew which allows more spices added can be obtained by completing Evil Dave court case or the Hefin Agility Course.

Each colour spice affects different skill levels by giving them a temporary increase or reduction, similar to taking a potion except that the effects are random every time. The number of doses added of a colour will determine how much the skills affected by that colour can gain or lose, as noted in the table. This is the maximum number of levels gained or lost. For example, if a stew contains two doses of red spice, each of the skills affected by red spice may gain or lose between 0 and 4 points. A player can also try putting doses of different colours into the same stew to get an extremely variable concoction. You do not need to make a full 4 colour spicy stew; you only need to add the spices you particularly want to boost your stats which can be 1 dose of 1 colour only if you desire, whereas Evil Dave's Spicy Stew takes all 4 coloured spices and needs to be approved by Evil Dave. You can make and eat spicy stew with only 1 dose of 1 colour in it.

Jagex documents ±2, ±4, and ±6 as the maximum boosts for 1, 2, and 3 doses, respectively, but these boosts do not occur with any measurable certainty.

The skills affected by each colour of spice are as follows. Note that Summoning, Constitution, and Dungeoneering are not affected by any of the spices. It appears that the most commonly received spice is the red one, followed by orange, then yellow with brown being the rarest.

* Yellow spice affects prayer points but not your prayer level; therefore, you will not be able to use prayers you do not normally have access to.

Only one spicy stew can be made at a time, but the player can have several normal stews in their inventory along with several spices and mix the next one right after consuming the previously-made spicy stew.

As with all player temporary skill boosts, spicy stews will not boost higher than the player's natural skill level plus the (maximum) regular boost amount. For example, eating stews with only one spice will never boost a skill by more than two levels. However, multiple negative boosts can add, taking the player's skill level as far down as zero. Therefore obtaining a small boost in a skill (either by eating a stew or by using another skill boost such as a Crafting potion or mature Greenman's Ale) will not increase the chance of getting a higher boost. The limitation means that already having a small skill boost from a stew makes no difference to the chance of getting a large one.

For example, if the player starts with a skill level of 50 and takes several 2-dose spicy stews, the effects could be something like:

Due to this, it is wise to have several lesser stat-boosting items to neutralize the effect of negative stews. When using this technique, it may also be useful to use a stat-boosting summoning familiar (or a restorative one, such as a Bloated leech with Blood drain scrolls). Super restore potions are a more expensive option. As with other stat effects, logging out and then logging in does not restore stats to their original levels.

This boost gain limitation also applies to other player temporary boosts. However, some other boosts will stack with spicy stews, although not many. Crystal saws stack with stews (and with any other boost) because they do not actually boost your level; they simply allow you to build most constructed items as if your skill were three levels higher than it actually is, so they can be used with spicy stews for a maximum possible boost of +9 (as against +6 when the saw is used with tea, since tea gives an additional boost of only +3 even if you have the highest-level shelves in your kitchen - however, tea does make a good construction-stat recovery if your stew gives you a minus boost instead of the plus boost you wanted).

When trying to obtain a boost, it is important to note where the timer is for your skills to decay back to their normal levels. Prepare the stew and then switch to the Skills display and wait for a skill you already have boosted or reduced to change by 1 point. You then have 60 to 61 seconds before the next tick, so immediately eat the stew and you have the maximum time to use any positive effects it gives you. If you are simply smithing the helm for your Varrock Tasks, doing this will let you avoid the risk that you might obtain exactly the boost you need, only for it to tick down before you can touch hammer to anvil. If you are boosting your Herblore, it will allow you to make the maximum number of potions before your skill boost fades away.

However, there is a way to keep your boost for skills such as herblore for as long as you need to. Every time you lobby/log out, the timer for your skills going down resets to 60 seconds. This allows you to make some potions or smith what you desire, lobby, and then repeat. You can keep a boost for as long as you like using this tactic (It should be noted that this is not a bug. Due to the way the timer-pause function was implemented, this is merely an exploitable function, similar to safespotting creatures before the release of the Evolution Of Combat).

How useful spicy stew is for any given skill depends on what boost you could have got without the stew, and how much effort it would have taken you to train an extra level in the skill instead. For many skills, if your level is (say) 65 you may find that the time and effort of collecting enough spices to be in with a good chance of a +5 boost - for that special one-off level 70 task you need to perform - is so much that it would have been almost as quick to train two extra levels to 67 and collect enough spices for a +3 boost, which you are likely to need far fewer attempts to get. Of course, you would also then have the extra levels and not need to train them again. Whether it is worth it depends also on what alternative boosts were available. For example, Smithing or Herblore can be raised +2 at reasonable cost with a mature Dwarven Stout or Greenman's Ale, but beyond that there is only spicy stew, so aiming for the +3, +4 and +5 are valuable uses for the stew since one or two extra bonus levels can allow you to make that special item or potion you need. For Agility and Thieving on the other hand, +5 and +4 boosts are easily obtainable with pies or Summoning scrolls, so the stew is of relatively little value for these skills.

The probability of getting a particular boost, based on observation, is approximately: