Start a Wiki
Not to be confused with Expired spin ticket.

The Spin ticket was an item that could be used to redeem one additional spin on the Squeal of Fortune. They could be obtained randomly while training skills or killing monsters and through various once-off methods such as quests.

All spin tickets became Key tokens on 4 February 2014, when the Squeal of Fortune was replaced with Treasure Hunter.

A spin ticket could only be claimed once, after which the ticket was destroyed and another must be obtained. Another spin ticket could be obtained even when another existed in the inventory without a known maximum. Spin tickets couldn't be deposited into a player's bank, alchemised nor be grabbed using Telekinetic Grab. If the player earned a spin with a full inventory whilst skilling, it would be redeemed automatically. Players may not claim more than 10 extra spins at a time; attempting to claim another warns the player with "You must use up an earned spin before claiming another spin ticket"; however, a player could have more than 10 extra spins if they are earned through other methods such as quests or daily challenges. Spin tickets could be lost if the 'Destroy' option is performed.

Tickets were obtainable as a rare drop from the vast majority of monsters, notably excluding all Dungeoneering monsters. They were also obtainable from any skilling activity that could produce strange rocks for the Shattered Heart Distraction and Diversion, as well as Divination.

Every month members were able to earn a free spin ticket by starting a game of Troll Invasion. Each Wednesday, a different Distraction and Diversion was chosen to grant players a free spin ticket. This usually involved doing a simple task in the activity such as claiming penguin points (regardless of whether one has actually spotted them during that week) or chopping off one root of any Evil Tree.

Players were able to earn extra spins while playing without being given a ticket. Completion of any quest will earn the player 2 free spins. Members were given the opportunity to earn a spin each day by completing a given challenge through the Challenge System. 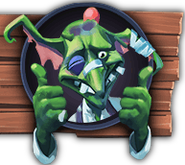 The popup a player receives when they claim a Spin Ticket 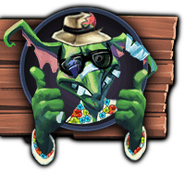 Retrieved from "https://runescape.fandom.com/wiki/Spin_ticket?oldid=15858597"
Community content is available under CC-BY-SA unless otherwise noted.