View source
watch 02:17
New Pokemon Games - The Loop
Do you like this video?
Play Sound
RSCOS

Indentured servant of a Knight. 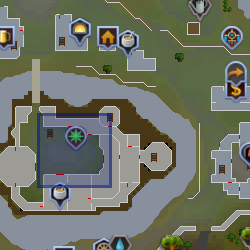 Squire Asrol is the squire of Sir Vyvin. He managed to lose his master's blurite sword while transporting it from Lumbridge to Falador.[1] The sword in question was a family heirloom, passed down through five generations of Vyvins.[2] Fearing his master's reaction and the ensuing trouble, he begged a passing adventurer to help him, directing them towards Reldo in Varrock for information about the Imcando dwarves. He also told the adventurer where to find a picture of the sword. The adventurer gave him a replacement sword that looked identical, much to his relief.

He also serves as the taskmaster for the hard and elite Falador Tasks, handing out the Falador shield 3/4 and some antique lamps. He is also the solution to an anagram for a hard clue scroll.