You can mine more if you find another crashed star. 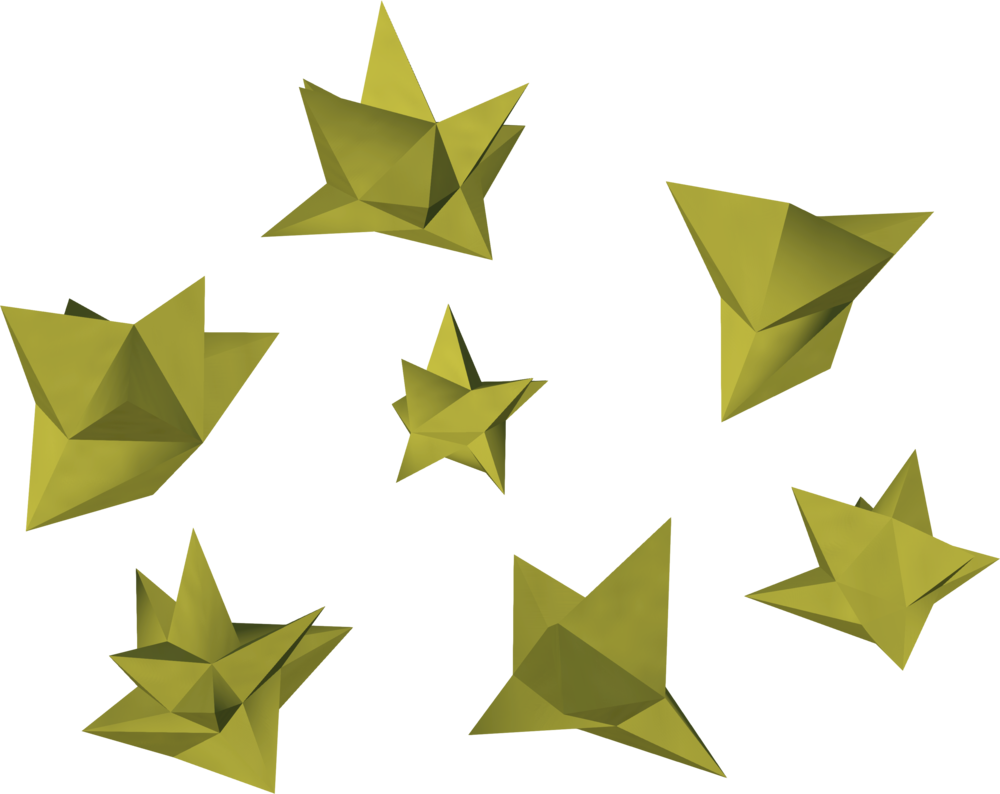 Stardust can be mined during the Shooting Star Distractions and Diversions activity. Shooting stars randomly land anywhere on Runescape approximately once every two hours.

Players can help identify the general area where it will land (Asgarnia, Misthalin, etc.) by using a Telescope in a Player-owned house. Once they have mined a crashed star down to its core, they can exchange up to 200 stardust with the Star sprite once daily.

The amount of experience per stardust mined varies by the current level of the crashed star.

200 stardust can be exchanged with the Star sprite in the core of the Shooting Star to be rewarded with:

In addition, players will also be rewarded with a chance to mine 2 ores at once from any rock for a 15-minute period. This effect stacks with that of Varrock armour. This has no effect on mining essence.

You will receive the same items but lesser amounts if you exchange less than 200 stardust. While it is possible to put stardust into the bank, you still cannot have more than 200 at one time.

Retrieved from "https://runescape.fandom.com/wiki/Stardust?oldid=18134096"
Community content is available under CC-BY-SA unless otherwise noted.