Start a Wiki
This article is about the non-player character. For the stiles used to climb over fences, see Shortcuts. 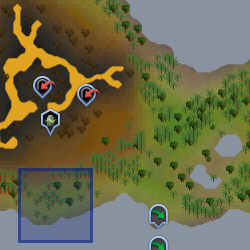 Stiles can be found south of the Karamja Volcano. He aids players fishing on the Musa Point docks. Stiles will note (both raw and cooked, but not burnt) Tuna, Lobsters and Swordfish free of charge. Stiles wants to be the fourth brother of Miles's family. They used to, in Runescape Classic, exchange items to Certificate.

Retrieved from "https://runescape.fandom.com/wiki/Stiles?oldid=24564003"
Community content is available under CC-BY-SA unless otherwise noted.