You can purchase another from the Mobilising Armies recruitment room.

Helps me to get to useful resources.

The superior locator is a reward from the Mobilising Armies minigame. It has fifty charges and can be recharged by playing a game of Mobilising Armies. It is a tool used to teleport players to resource areas. It is the best locator possible to obtain.

In addition to having the ability to teleport to all the previous locations of the Good locator, the Superior locator can also teleport to Adamantite ore, Runite ore, and Magic trees locations.

Another locator can be bought at a reduced price if a player has one from Lord Marshal Brogan.

Teleport locations are randomly selected from the following. More locations may exist. With a failed teleport it will read "The locator buzzes for a second, then emits a small puff of smoke. Oh dear." A failed teleport does not use a charge. You can be teleported to the same resource location that you are currently at, an example would be standing at Heroes' Guild mine and teleporting to the Heroes' Guild mine. 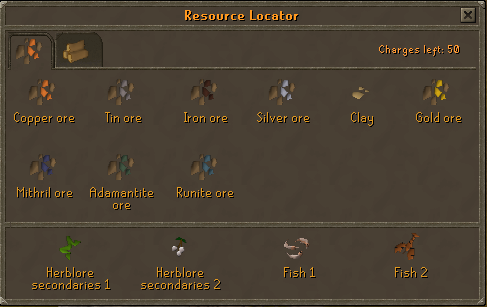 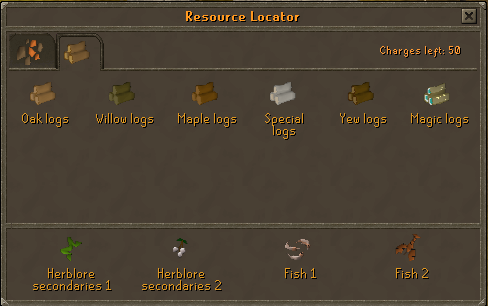 Retrieved from "https://runescape.fandom.com/wiki/Superior_locator?oldid=24921233"
Community content is available under CC-BY-SA unless otherwise noted.