This track unlocks in Taverley. 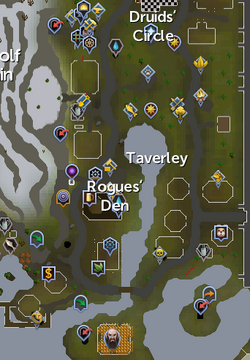 Taverley Folk is a music track that is unlocked at the Troll Warzone after the graphical and audio rework of Taverley and Burthorpe. It is unlocked upon talking to Ruth Savage during the tutorial.

Retrieved from "https://runescape.fandom.com/wiki/Taverley_Folk?oldid=21355467"
Community content is available under CC-BY-SA unless otherwise noted.