He's washing his clothes in the lake. 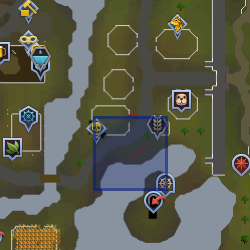 Tegid is a druid washing dirty laundry in the lake in Taverley. He plays a small role in Eadgar's Ruse and Mourning's End Part I quests. During the former quest, the player must ask him to hand over his shirt in order to make the fake man smell like a human. During the latter, the player must steal his soap with which to clean the bloody mourner top.

Tegid is also a victim in one of Meg's cases, his soap keeps vanishing and re-appearing - a reference to the player characters who constantly steal it for the above quest, and re-spawning.

Retrieved from "https://runescape.fandom.com/wiki/Tegid?oldid=24562602"
Community content is available under CC-BY-SA unless otherwise noted.